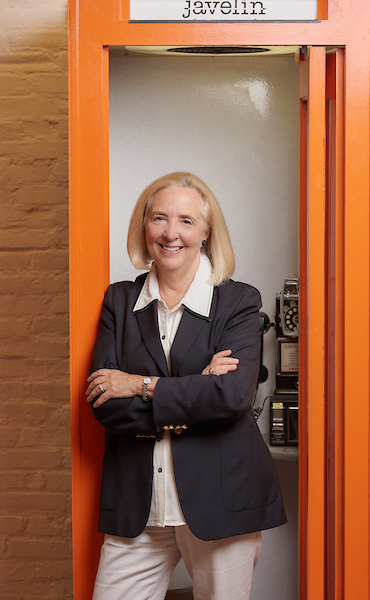 Robin Sproul has been a Vice President of ABC News for the past 25 years. For 21 of those years she served as Washington bureau chief, a role in which she supervised Washington coverage on the network’s TV, radio, and digital platforms, and served as the news division’s liaison to the federal government.  Most recently, she focused on the network’s political debates and interviews, polling, external relations in Washington, and was the Executive in Charge of This Week with George Stephanopoulos.

A well-known and respected journalist in Washington, Robin is also an active member of the Gridiron Club, often producing musical skits for the annual white tie dinner.  She has served as chairman of the National Press Foundation Board, is a member of the Harvard Kennedy School Joan Shorenstein Center Advisory Board, and was a member of the Newseum Advisory Board and the Radio-Television News Directors Foundation board.  She currently is a member of the Department of Justice’s Media Dialogue Group.  She was a Fellow at Harvard’s Joan Shorenstein Center in 2007, and a Punch Sulzberger News Media Fellow at Columbia University in 2011.

In her tenure at ABC News, Sproul led teams winning Emmy, Peabody, and DuPont Columbia awards.  She has personally been recognized with numerous awards for leadership and support of the first amendment.